Lawyers are at their best when they help their clients obtain fairness, dignity and justice from the legal system. But lawyers are also members of a wider community, and helping people live better lives should not stop at the courthouse door. That is why Mr. Salasky regularly donates to charity from the proceeds of his legal “wins”, including his favored charities The Foodbank Of Southeastern Virginia, The United Way, and Mazon (a nonprofit organization dedicated to fighting hunger among people of all faiths and backgrounds). Feeding the hungry is a goal worthy of everyone. Mr. Salasky has also served on the Board of Directors of the Tidewater Jewish Community Center including chairing a number of committees, has been active with the Norfolk Emergency Shelter Team, and has participated over the years in other local organizations and groups. Please consider making a donation today to The Foodbank Of Southeastern Virginia!

Contact Us
Thank you for contacting us! If needed, you will hear back within 48-72 hours. 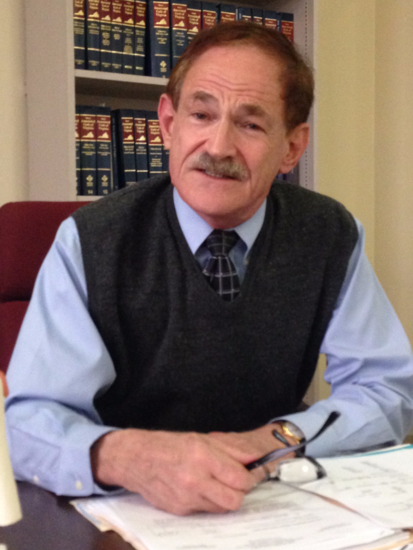 This block contains code to allow dead links in the navigation to function properly. This block will not be visible on the live site.

We're on Your Side

Michael Salasky has proudly represented families in Virginia and provided advocacy since 1977.

Making a Difference For His Clients

Michael Salasky has proudly represented families in Virginia and provided legal advocacy since 1977. Born                              and raised in Norfolk, Virginia, Michael attended Norfolk Academy and graduated college from Tufts University in Boston where he received a B.A. in English. He received his law degree from the Marshall-Wythe School of Law at the College of William and Mary in 1977. For several years he worked as an Assistant Commonwealth's Attorney in Norfolk and prosecuted all varieties of criminal cases, from traffic matters to murder cases.

After a two year stint as an associate in a private law office, he opened his own law practice in 1982. Before concentrating his work on injury cases, Michael gained a wealth of experience over the years handling divorce and custody matters, real estate, collections, bankruptcy, construction law, contract matters, criminal cases and other disputes. His practice is currently focused on representing injured parties.

He is married to Prue Salasky, who is a retired journalist and editorial writer. They have three daughters.